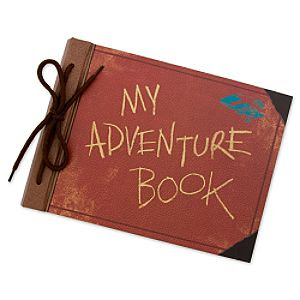 Ah it's quite a busy day while I'm working on project proposals for my design studio, and well.. I just returned from some fun trip to Singapore.
This trip is particularly special because I adopt the philosophy "go first, think later"..
My friends and I went without enough plans of where to go, where and how are we going to sleep, eat, etc.
But cool, it's more like an adventure..

We prefer walking around the town with a map, rather than taking trains to circle around.
Some places that took my attention is the Jew's praying place, Synagouge. It is quite a surprise to found one around. Since around South-East Asia, there are almost no sign of Jews community.
And of course, me, I am a person who doesn't have any prejudices towards any religion, I personally interested to the Synagogue. The building's form, characteristic, importance, and the community as well. But unfortunately, it seems that we couldn't enter the Synagogue.
I first notice the Synagogue on the map after a david star sign when I am scanning around the area map of Fort Canning Park, and then I deliberately wanted to see it.
But we stalled around Fort Canning Park and waste some time seeing old cemetery, a colonial building with a classic music playing inside, an archeological site, and 'Battle Box' an interactive museum of the fort itself which tells the story about how Singapore (which that time belongs to the Biritsh) fell to the hands of the Japanese in February 1942, World War II.
And of course, it stole my attention.. haha..

Another funny story is that we watch the movie 'UP', shortly after we reached there and well, that's quite an inspiring movie about adventure.. what a coincidence!
I am inspired about Carl's enthusiasm in adventure and his admiration toward the adventurer Charles Muntz when he was a little boy..
I like a story about admiration, inspiration, a deep passion on something adventurous and challenging.
I like people who had that spirit as well, in fact, human races advances under the lead or charisma and encouragement by people with the passion of challenging and changing the world.

I am into adventure, I am into interesting stories of the ancients, the legends and myths, the marvel of many people who resist against the time.
I want to learn of how can I be one of them, who lives eternally in the hearts of people, whether they are only a fictional character or real figures of the past.
George Lucas, the creator of Star Wars, was once trying to figure this issue, and he did it. He admits that he is totally inspired by myth and legends, of how they are told so many times since long time ago, but people still react the same way towards the story.
There must be a psychological explanation of why they resist the harshness of time.
Me, myself, like I've told everybody so many time, I want to live forever, I want to retain my identity as a person who ever lived in the planet earth. I don't want to disappeared just yet, after one or two generation, I want to last forever, I'll always shout this statement everyday if I have to!

In particular, I am more into ancient places than modern places..
To tell the truth, I sometimes imagine in an extensive imagination of activities held at certain places in the past when I visit them. I stand still, inhale some deep breath and recreate imaginary visual and verbal experience that might had happened long ago on particular place I visited.Even if my imagination is not enough to recreate that sensation fully, it is actually quite fun doing it everytime I visit some places.

But it doesn't mean that I didn't like the modern places, I am into it as well..
Even if I am dissatisfied with trends, I agree with the idea of being advanced.
Because what those people in the past had done, is that they did something significant, a totally advanced act of their age.
Thus, to be one of them, I need to made my way, even if it means to destroy themselves..
Oh yes, people are so selfish, I am particularly a very selfish one in this case.
I totally understand the fact if I destroy their history, then there will be another person who'll destroy my history in the future.
But life is a game.. Let's have a competition with those people who endured the test of time..If they can stand for thousand of years, then I'll try to stand for million of years!
Posted by goki Labels: adventure, blog at 11:38 PM

it's not destroying their history, but it's how life going. there's always circulation, something fresh, something new. I know it's not all of us will accept the fact that the ancient ages was disappeared, maybe you're saying this in particular thing (building). you know, a lot of people are like you out there, they want to live more than they can live. dreamers are never die bro, we always dream, dream and dream. without a dream, those things you've been told above will never exist. now, it's just how we can make that dream become something real. and the statement you said, "go first, think later", i agree with it because you will find something new, and will struggle with a such new side of life, this statement are good for you all who want to get new adventure in life. good luck for everything.

for the loser now will be later to win.
for the times they are a changin.
-bob dylan

they alredy did it, surviving the time, and now it's my turn to survive.
even if I had to destroy them..

i think it doesn't matter if you destroy it with your new invention.

so better if you invent something new first and destroy it all with the new one. hahaha..